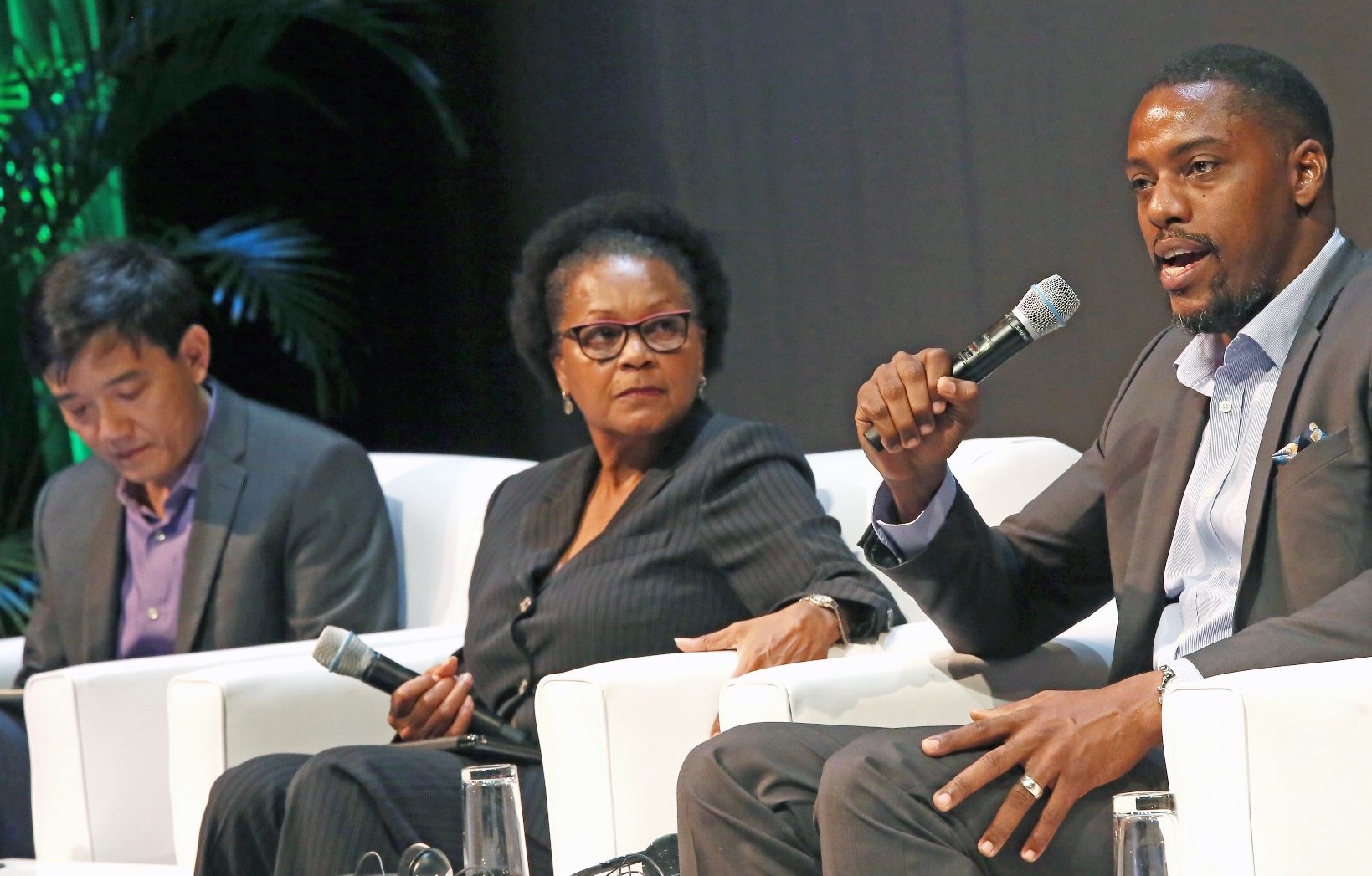 During the recent Caribbean Risk Conference at the Errol Barrow Centre for Creative Imagination, telecoms provider Flow, regional airline LIAT and the Massy Group were all given credit for their hurricane preparedness.

Ming Zhang, Practice Manager at the World Bank, told representatives of the companies during a panel discussion that the bank was confident that businesses were treating disaster preparedness as a priority.

“There’s a lot of sophistication in what you are doing, and I think other sectors and companies can learn a lot from you,” said Zhang.

In 2017, the Atlantic hurricane season became the costliest ever recorded with damage totalling over US$299 billion.

And while high-intensity storms will continue to pose a threat to economic output in the Caribbean, more and more companies are building redundancies into their daily operations, he noted. Mr. Zhang facilitated a panel discussion that included Jenson Sylvester, Country Manager of Flow Barbados, Julie Reifer-Jones, LIAT’s Chief Executive Officer, and Brian Reid, Manager of Health, Safety and Environment at Massy (Barbados) Limited.

Mr. Sylvester, said “Risk mitigation is one of the pillars of our business, so we’ve consciously built our data centres outside of the hurricane belt in countries such as Curacao, Colombia, Panama and Miami.”

He said Flow had built and tested an effective disaster recovery plan since the ability to communicate would allow countries to recover quickly  after a disaster.

Ms. Reifer-Jones said LIAT, which serves the eastern Caribbean, always monitored the progress of storms in order to ensure the safety of its aircraft, staff and passengers. She also said the airline was in the process of further bolstering its data systems.

“The last time we had to significantly reroute aircraft our data systems, including our passenger information systems, did not fully work as there were gaps and breaks. The building of redundancy, however, requires resources, and that is one of our challenges at LIAT,” she said.

Mr. Reid said the Massy Group, one of the Caribbean’s largest conglomerates with businesses across the region, had organised its logistics and distribution channels to be resilient.

“When there is an impact to our supply chain, we look to see what products we can maintain and where we can source products from different locations. This is something we are always looking at,” he said.