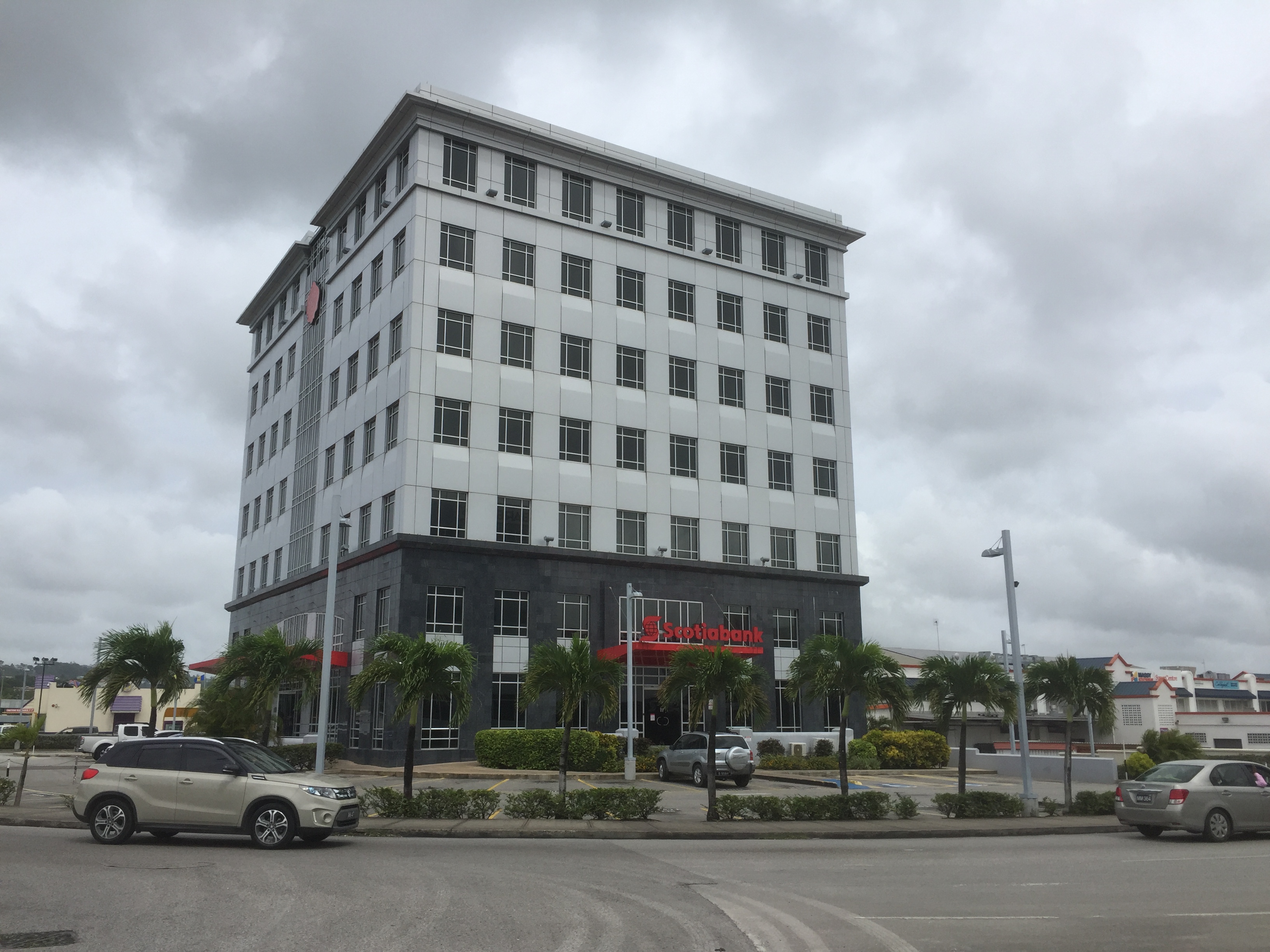 Scotiabank seeks to re-invent itself in Barbados

Speaking at a cocktail event held on Tuesday, November 5 at the Sandy Lane Country Club, Mr. King said “I thought it was important to very publicly state our commitment to Barbados - this has been a great market for us for 63 years.”

He said the bank had reviewed whether it could continue to operate in Barbados “within our risk parameters” and still earn a return for its shareholders, and “it’s very clear after our analysis that Barbados continues to be a strong market for us and we’re looking forward to growing here for many years to come.”

Mr. King said that Scotiabank was happy with the number of branches it has remaining on the island and was aggressively pursuing new business by offering a new mobile app and improving customer service. The bank felt the country would embrace these innovations since only 14 percent of day-to-day transactions such as deposits, and withdrawals were done in Scotia branches here.

In fact - and I would have a hard time believing this after my experiences standing in line at the bank’s Sky Mall branch - he said Barbados had one of the lowest rates of usage of the branches for financial transactions, and by contrast, one of the highest for digital adoption in the Caribbean, with over one-third of Scotia customers - 35% - now conducting their business online or on mobile phones.

And while the demise of the old way of doing business was still a long way off, a new Scotiabank was emerging, with the role of the branches evolving to provide “much more high-value interactions around giving advice to customers on life-changing events like buying their first home, how to save for a child’s education, and how to invest their surplus funds, while financial transactions will go online or at the ATMs where they have no charge,” Mr. King said.

I believe Mr. King and his cohorts are sincere because a lot of what he said they are doing or going to do will cost a lot of money and effort to implement, and could fail to excite a public general annoyed with the banks en masse for imposing so many new charges on us that we now have to manage our banking services like any other overhead and look for ways to reduce them.

Back to Mr. King’s promises: “We’re improving our end-to-end processes so that a mortgage that used to take 20 to 30 days to get funded, now we can do in ten days, hopefully in five days, as we continue to take our waste and redundancy through our processes, and hopefully and using technology and digital much more. So you’re gonna see us be very, very competitive in the marketplace and we’re committed to winning in Barbados in 2020 and beyond.”

Okay, I’ve given Scotia’s executive a lot of space because he has outlined a vision for his bank which is in line with those of other banks and financial institutions here, although I would like to hear updates from the others in some of the detail Mr. King was willing to give.

And also because it is an acknowledgment that the banking services we grew up with have been - what’s the word? Ah yes - disrupted, by digital tech. But instead of just telling the customer to get used to it, Mr. King painted a picture of a banking world in which we could all be more productive, learn to be pro-active in how to spend less on our banking needs and enjoy a freer and happier free-range existence like a chicken roaming the farms rather than being tied up in long banking lines.

Will we give the new Scotia a chance to succeed? I’m willing to, so best of luck to the bank and here’s to 2020.