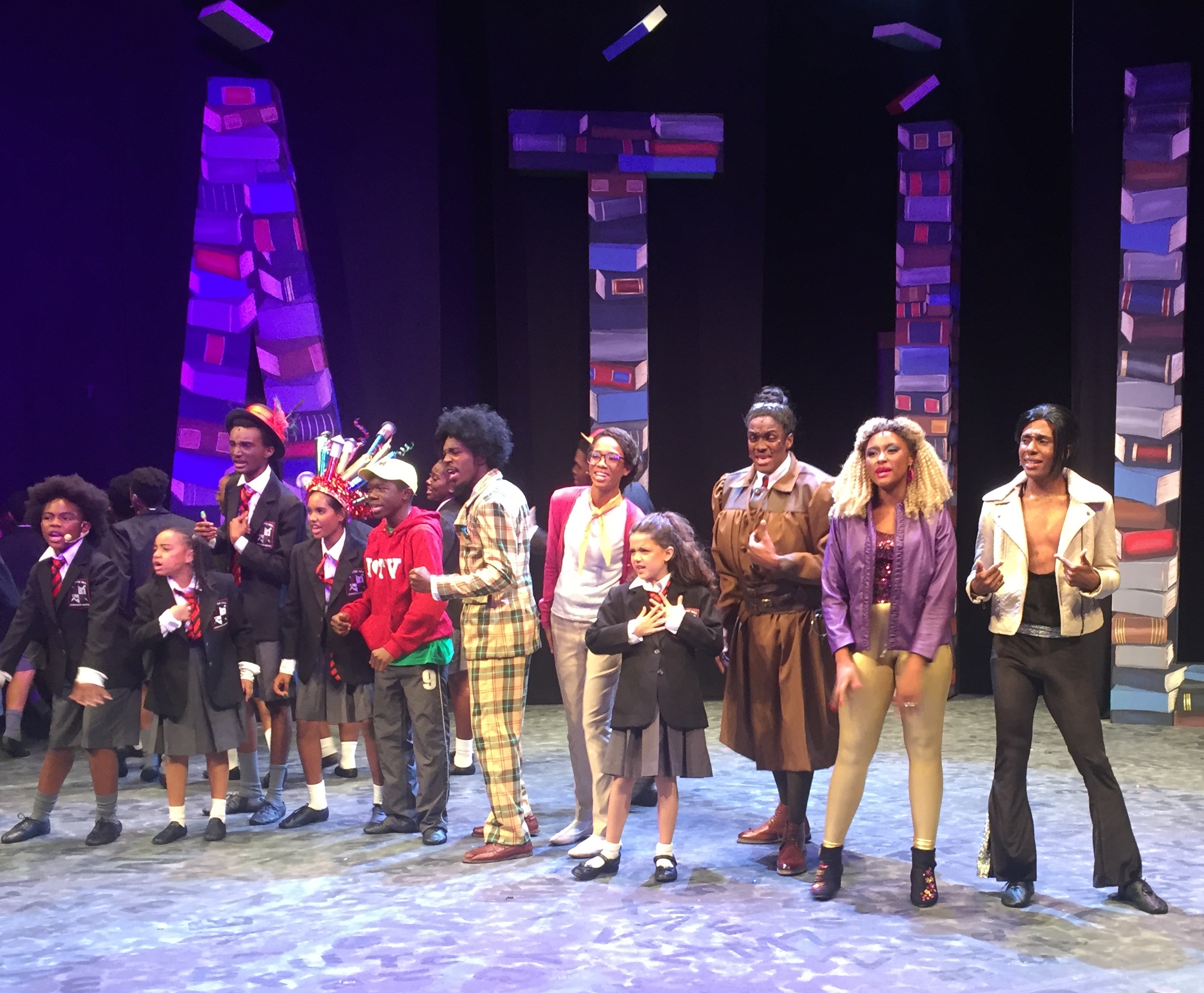 ‍“Revolting Children” - and their teachers

In the show’s final scene, the evil headmistress flees after getting her comeuppance from the star, with the support of the formerly downtrodden students.

They end “Matilda: The Musical” with what would certainly be a showstopper” - if the show wasn’t about to end anyway - in the triumphant “Revolting Children,” and with all wrongs righted, they all live happily ever after.

I had not previously attended an Operation Triple Threat musical because I had the conceit that it would be high-school level, and of course below my exacting standards as a zealous Broadway aficionado.

This despite the fact that - full disclosure - my daughter has been part of the team for some years. But having seen Friday’s night’s premiere of Matilda: The Musical at Frank Collymore Hall I can only say that your humble scribe is an idiot.

There is a revolution going on in Barbados, not only of students but also their teachers and the army of crew and helpers which make the educational program Operation Triple Threat a revolutionary artistic force to be reckoned with. For the good.

If you have been, like me, on the wrong side of the cultural track and have never seen what young Barbadian artists can do with the proper educational program supporting them - this one founded and headed by Janelle Headley - you must go to see Matilda.

When you see the standard of their “triple threat” - singing, dancing and acting - and then are told no one performing in this show is over 21 and most are mid-teen, the proverbial jaw drops. This is the first year OTT has added kids aged 7-11.

When you witness the stellar performance of Sarah Maloney, who at the age of ten is right up there with any “grown-up” I have seen star in a Broadway show, and when you watch the verve, enthusiasm and natural Caribbean influence brought to the production I am sure you will agree with me that we have a whole lotta “revolting” children and teachers in our midst.

I am not in the mood to read off all the pedestrian stuff about OTT and its goals and objectives, but I would like to pay tribute from this distance to all of the show’s sponsors, notably the Maria Holder Memorial Trust.

But I can tell you that it is a full educational experience that is designed to give its students experience working in full-production musical theatre over several years, where they can do a variety of different roles and at the same time become part of an ensemble.

Janelle, I hope, has found the right level of independence while working closely with sponsors and the local educational system.

Acting coaches should also be commended for not allowing cast members to fling off their hands at the elbow in the guise of acting angry, or attempting to localise the production by having the Bajan dialect abused for comic effect. Our culture shone through and gave the performance its own overarching style without anybody trying to remind you of where you where.

To close, let me put it in context of the big picture, because you are maybe thinking, “I thought this guy wrote about business.” The single most important export potential we have as a country is our brain power, where we compete with and often exceed the best the world has to offer.

These days we as a whole country are realizing that cultural talent - one of the most important but previously neglected aspects of that brain power - must be properly nurtured and better managed. This not only enriches our cultural life but can and does help us to earn foreign exchange, the fuel on which our economy runs.

In this case, rather than only bringing former Broadway stars to Barbados to perform, we are producing our own, like Sarah Maloney, who will undoubtedly be a star on Broadway or the West End within a short decade.

And people like Janelle Headley, who are making that dream become a reality, deserve our gratitude. I am not a reviewer, but go and see this show.‍