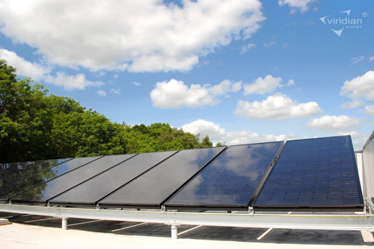 Prime Minister Mia Mottley says the so-called cap, or maximum, capacity for renewable energy sales to the local power utility will be increased in due course as Barbados moves on with its plan to become less dependent of fossil fuel energy.

Noting that  the feed-in-tariff - the rates paid to suppliers of renewable energy had just been announced by the Fair Trading Commission, the prime minster said she was of the view that a cap of 25 MW was “miniscule in comparison to what was needed to move this economy forward and meet the sustainable goals being set for 2030.”

The question is whether the new cap would go to 100 megawatts or 200 megawatts. She added that the feed-in-tariff ought to apply not just for plants that are one megawatt and under, but for 5 megawatts and under, in order, she said, “to increase the democratization of the industry.”

Delivering the feature address at the Barbados Sustainable Energy Conference 2019, under the theme: Roadmap to 2030, at the Hilton Barbados Resort, she noted that an increase in oil prices would likely be the biggest claim on the reserves of the country, and Barbados must transition over the next decade to vehicles powered primarily by electricity or other forms of renewable energy.

Speaking at the same conference, Minister of Energy and Water Resources Wilfred Abrahams said the transition needed for Barbados to achieve its 2030 goal of becoming 100 percent carbon-neutral amounted to an “energy revolution” but was a matter of survival for the island.

Mr. Abrahams stated that the Barbados National Energy Bill, passed in November 2018 envisioned all electricity produced on the island being generated from renewable energy sources such as wind, solar, bio-mass, and waste-to-energy through a sustainable waste-management programme.