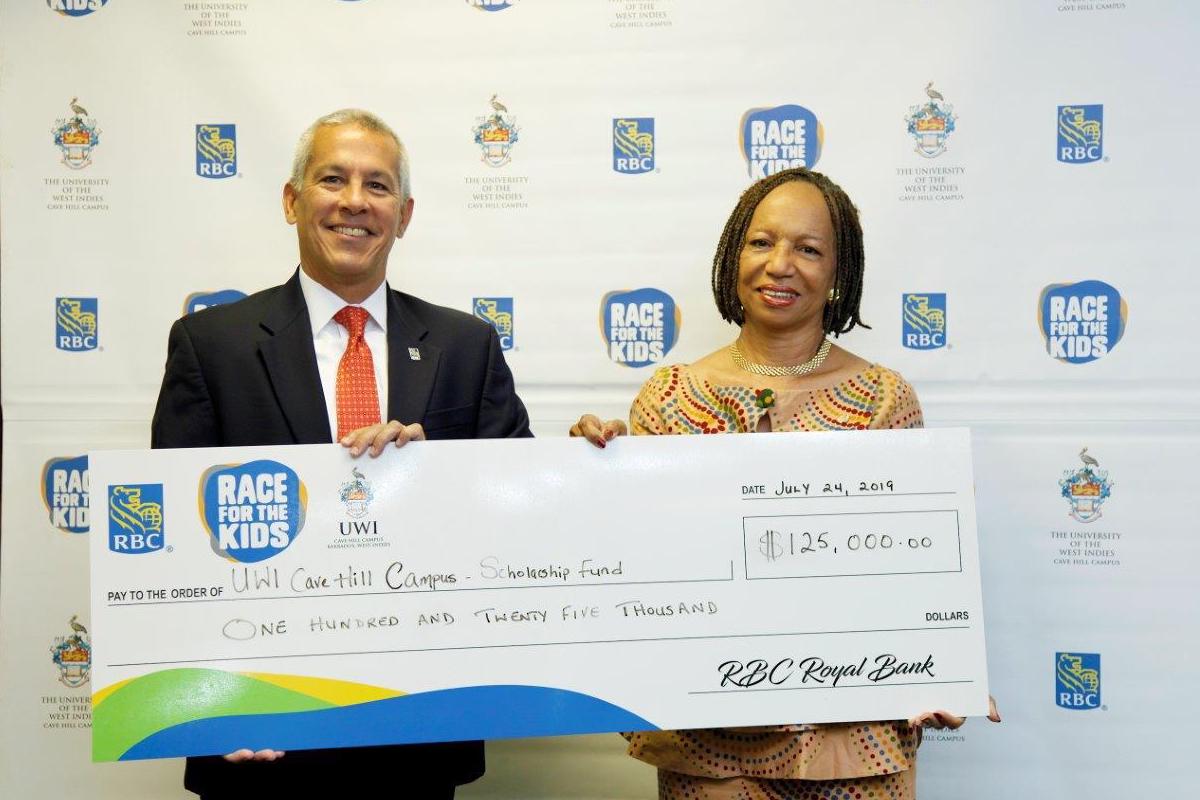 RBC teams up with UWI again to raise funds

The third RBC Race for the Kids, in collaboration with The University of the West Indies, Cave Hill Campus, has raised BBD$125,000. The funds raised will be directed to youth education and youth mental health to support young qualified students in Barbados. The RBC Race for the Kids is a series of 17 charitable runs held in cities all over the world, benefitting kids and youth cases.

In Barbados, 2,200 participants ran or walked a 6K course on March 10 this year and helped raise money to support the Bajan students.

Last week, the final results of the Race were announced as the cheque was presented to Professor Eudine Barriteau, Pro-Vice Chancellor and Principal of The UWI Cave Hill, at the official closing ceremony. The cheque was handed over by Robert de Silva, Managing Director of RBC Barbados. All funds raised will be directed to The UWI First Year Experience Programme and the Cave Hill Campus Student Scholarship Fund to support 16 qualified students.

Mr. de Silva said RBC was commited to organizing a 2020 Race as part of its continued investment in youth.