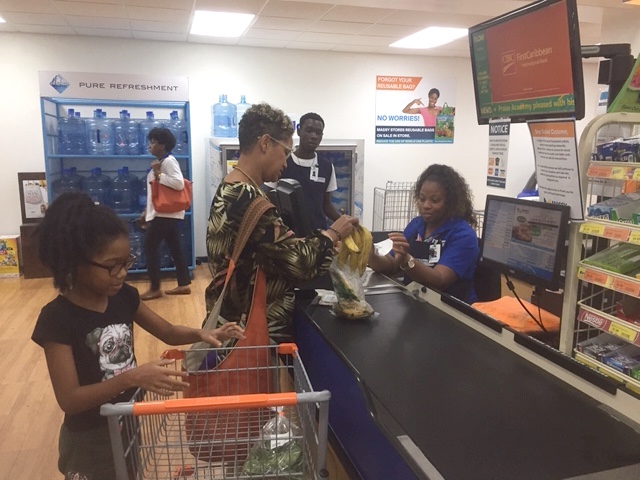 The average consumer in Barbados spends just over 60 percent of his or her wages or salary on just three categories: food and drink; housing and utilities; and transport, says the Central Bank of Barbados.

To put it more formally, that is, in central bank terms, 30 percent of the Barbados Consumer Basket is spent on Food and Non-Alcoholic Beverages; 17% on Housing Water, Electricity, Gas and Other Fuels; and 13% on Transport.

Those categories take up about 60% of the average household budget. Just to round out the picture, the remaining 40% is spent as follows: Furnishing and Household Equipment, 9 percent; Routine Household Maintenance, another 9%; Communication and Recreation/Culture, 4% each; and the remaining 18% is spent on Miscellaneous Goods & Services and Other purchases.

In other words, the average consumer’s budget goes up or down depending on oil and commodity prices, which in turn influence the cost of processed and manufactured items.

Up to a week ago, there was an upside to this if energy prices were to fall, and the U.S. Energy Information Administration has indeed predicted that international fuel prices will fall by about 9% in the near future, while the World Bank predicted a ten percent fall in international food prices as a result.

But in light of the “bombshell” report last week that predicted an impending recession, I’m not so sure that there is an upside to hope for. Our situation is so precarious that the central bank was hoping for at least zero growth in terms of GDP this year and a very meagre growth of just over one percent next year. Is that prediction, modest as it is, now not going to be possible?

Last week, the U.S. stock market fell significantly and reports are of a looming recession. Two of the world’s largest economies, Germany and the United Kingdom, appear to be contracting, and growth in China has slowed.

Now, you may ask, what was this trigger that has sent warning bells a-ringing? Well, says the Washington Post, last week’s sharp selloff was caused by an unusual development in the bond market, called an “inverted yield curve,” that “often foreshadows a recession.”

It noted that for the first time since the run-up to the Great Recession, the interest offered on short-term U.S. bonds was higher than those of long-term bonds. Said the Washington Post: “Normally, the government needs to pay out higher rates to attract investors for its long-term bonds. But with so many losing confidence in the near-term prospects of the economy and rushing to buy longer-term bonds, the U.S. government now is paying more to attract buyers to its 2-year bond than its 10-year note.”

It points out that “This phenomenon, which suggests investor faith in the economy is faltering, has preceded every recession in the past 50 years.”

If we do find our recovery efforts mired in another global recession, it will be especially hard on the consumer, because the Mottley administration, which has tried had to re-balance the economy in favour of the middle and lower socio-economnic classes, will have to cut more from a budget already trimmed as much as we can bear.  And if instead of seeing oil prices fall and breathing a sigh of relief, Barbados will find prices of most items going up, especially in those areas of expenditure covered by that 60% of average consumer spending.