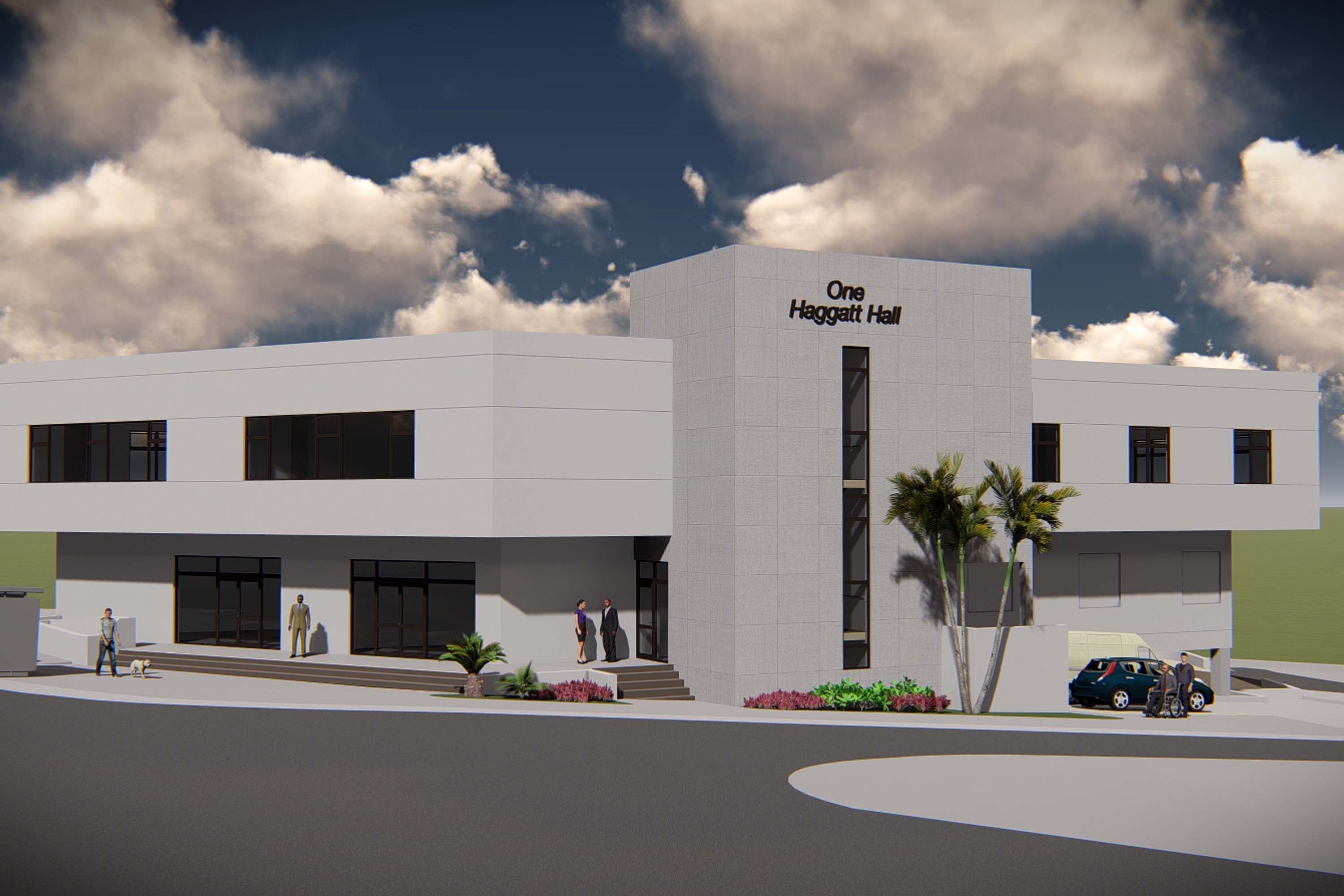 One Haggatt Hall set to open in September

The new One Haggatt Hall Building, located on Highway 5 just west of the Bussa roundabout on the ABC Highway, is expected to open by September.

Total project value is approximately Bds$ 6.5 million and  up to 30 people employed when completed. The developer/ owner is One Haggatt Hall Ltd., of which James Edghill is a director. The contractor is ITB Associates, which is the same company that built One Welches and One Barbados Place.

The Haggatt Hall building will incorporate several energy-efficient features, including a PV system which will generate approximately half of the building’s electricity.

The prime frontage and central location, says Mr. Edghill, will drive traffic to the building, complemented by the addition of Ross University to the area.

I-Mart convenience store and pharmacy and a branded food outlet will occupy the ground floor and there is currently office space for rent on the top floor. Construction began in October last year.