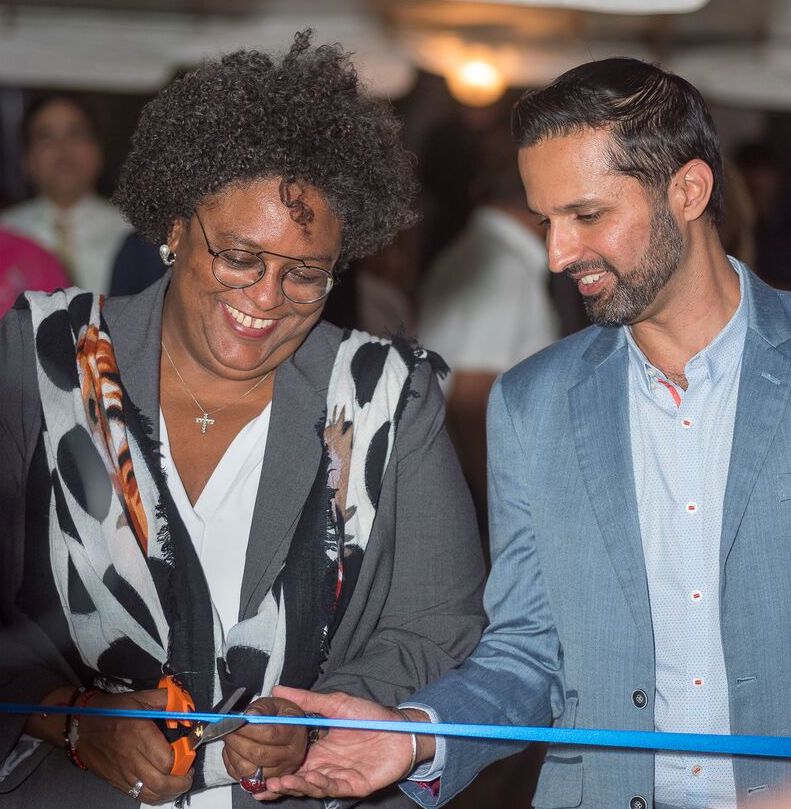 Mottley: I surrendered political role to lead country out of crisis

Prime Minister Mia Mottley said on Wednesday that she had “surrendered” her role as a politician when she took on the responsibility of leading Barbados out of the worst crisis of its modern history.

The changes going on in the world all around Barbados had imposed a “new reality” on the country which required an “anchor” so that its people could “soar” once again as they had done in the past.

Addressing an audience of business leaders gathered for the 59th annual general meeting and luncheon of the Barbados Employers’ Confederation at the Lloyd Erskine Sandiford Centre, the prime minister said she would not allow politics to “constrain” her from doing sometimes unpopular things in order to keep the country on the right track.

The prime minister, who led the Barbados Labour Party to victory in the election held one year ago on May 24, 2018, said at that time - with the Barbados economy sunk to its worst financial position in decades and the country facing the real possibility of devaluation - that she had established a partnership with the other stakeholders in the country, because the new government had “determined this was a journey we all had to walk together.”

She said people abroad were “amazed” at what all Barbadians had accomplished over the past year in the effort to, as she put it, “stop the rot,” and build a “platform for transformation.”

The new government had established the mission, which was the stabilisation and transformation of the country’s economy and institutions, and the major priority, she said, was to save the Barbados dollar.

As a result of the efforts of the whole country, she said, the national debt had been reduced from 175% to 129% of Gross Domestic Product and the country’s foreign reserves now stood at $1.1B. All other economic fundamentals were going in the right direction.

She added: “Our national mission is to be the best that we  can be. It is an inclusive mission - we have to ask ourselves what constitutes excellence in every job and how do we fulfill it.” It was not a five-year mission, she added, and thus not tied to political considerations.

The prime minister said the new government was embarked upon “deconstructing and reconstructing” every agency of the public service, and by reducing both corporate and personal income tax it was putting disposable income back into people’s pockets.

She said that if the  government undertook on its own the “Re-Re” programme - the so-called retooling and retraining initiatives necessary for transformation - it would be a lop-sided effort, as it required input from the other sections of society and the social partnership.

She wanted to re-enforce the principle that many hands made light work, because the country was “on course to do something extraordinary but we must stay on mission,” adding that “What makes this journey special is that it is shared.”

She noted, however, that systems take time to re-engineer, and so she needed every institution, business and household to redefine what it needed to do so that “we must be the best we can be.”

Said Ms. Mottley: “We must all move out of our comfort zones in order to move forward.”