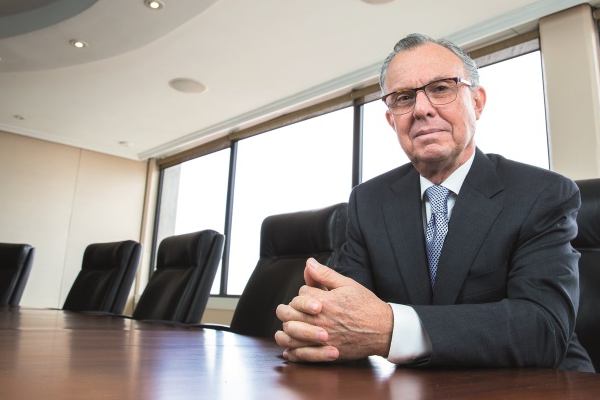 Massy Holdings Inc., says it will launch a “major transformation initiative” based on a detailed review of its operations by Infosys, the global consulting firm.

With the road to growth a slow and often bumpy ride, the Massy Group sees its path to profits in cutting costs and improving efficiency across the board, and to this end it has retained the services of Infosys, the global technology services and consulting firm, to help its streamline its operations, Chairman Robert Bermudez said in its latest half-year financial statement.

Mr. Bermudez said a “major transformation initiative” would be launched once the final plan on moving forward was decided.

But he noted that “In the meantime, cost containment and cost reduction efforts are producing results,” despite inflation occurring in all of its markets.

The Massy Holdings Group increased its profit after tax by five percent for the first half (Oct-March) of its current financial year, compared to the same period last year, on “essentially the same” level of third-party revenue as in the previous first two quarters.

According to Mr. Bermudez, the group earned almost TT$6.2 Billion during the six months to March 31. The Barbados subsidiary showed positive growth mainly due to an increase in profit before tax by Massy United Insurance, but the group’s main “primary drivers of improvement” were its operations in Guyana, Colombia and Jamaica.

Profit before tax in Trinidad & Tobago remained relatively flat, said the chairman. Overall, Massy Group earns close to half of its revenues and profits in its home base of T&T, and close to a quarter in Barbados. Maintaining earnings slightly above last year’s results, at least so far, is good news for Massy Holdings Ltd. which had reported a 23 percent fall in net profit for fiscal 2017, with a net profit of US$61 million, for the year, down from US$79 million, for fiscal 2016.

The fall in earnings was largely as a result of the losses from the impact of hurricanes Irma and Maria on the insurance business and the increases in the corporate tax rate in Trinidad and Tobago, the company said at the time.

In fiscal 2018, Massy returned to its usual form, posting net profits of TT$575m or about US$85 million.

Massy is also focussing on developing its “larger, more scalable business units to strengthen its competitive position,” says Mr. Bermudez, and as a result, has sold Massy Security (Guyana) Ltd. to Amalgamated Security. However, Massy Group has set up a new unit which may invest in companies considered attractive even if they don’t fit into the current Massy Group’s “core operations” and which could “eventually be resold.”

The reason for taking such speculative investments out of the mainstream, he said, was “to focus executives on our core industries,” so that they can “improve performance and capture growth opportunities” in the countries where the group is already entrenched.