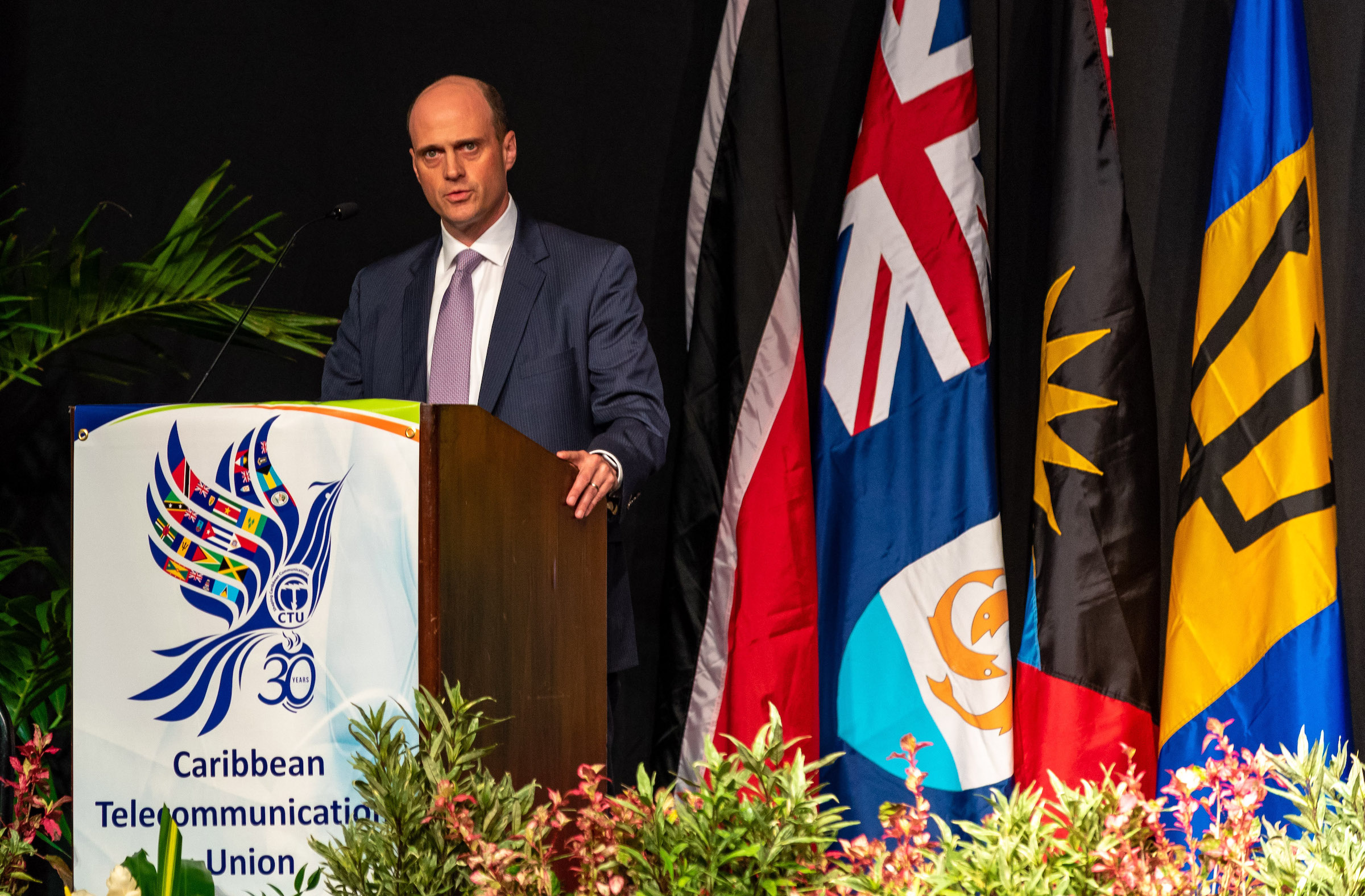 Liberty Latin America, the parent company of C&W Communications, is playing its part in the effort to digitally transform the region, says the company’s Chief Legal Officer, John Winter.

Addressing a large audience that included Caribbean government ministers and telecommunications policymakers and operators recently at the Caribbean Telecommunications Union 30th Anniversary event in Port-of-Spain, Mr. Winter said C&W, which operates the Flow brand, was helping to move the region forward with “digital enhancements that include updating our self-care MyFlow app, the addition of virtual assistants to our websites, and enabling user interface prompts for our automated call center”.

“Why are we not further along in our path to digitally transform the region?” Winter asked his audience.

As part of the three-day conference held at the Hyatt Regency Convention Center in Port of Spain, LLA also made a presentation on how voice technology and virtual assistants can enable citizens to use a ‘hands-free’ interface to connect to the internet.

Speaking as part of a panel on the topic "Embracing the Cloud," geared towards governments and large enterprises, Flow Barbados’ Country Manager and Head of C&W Business, Southern Caribbean, Jenson Sylvester discussed cloud computing, giving the audience a simple explanation on the benefits of utilizing cloud technology, including the value and economies of scale that accrue to users of cloud services.