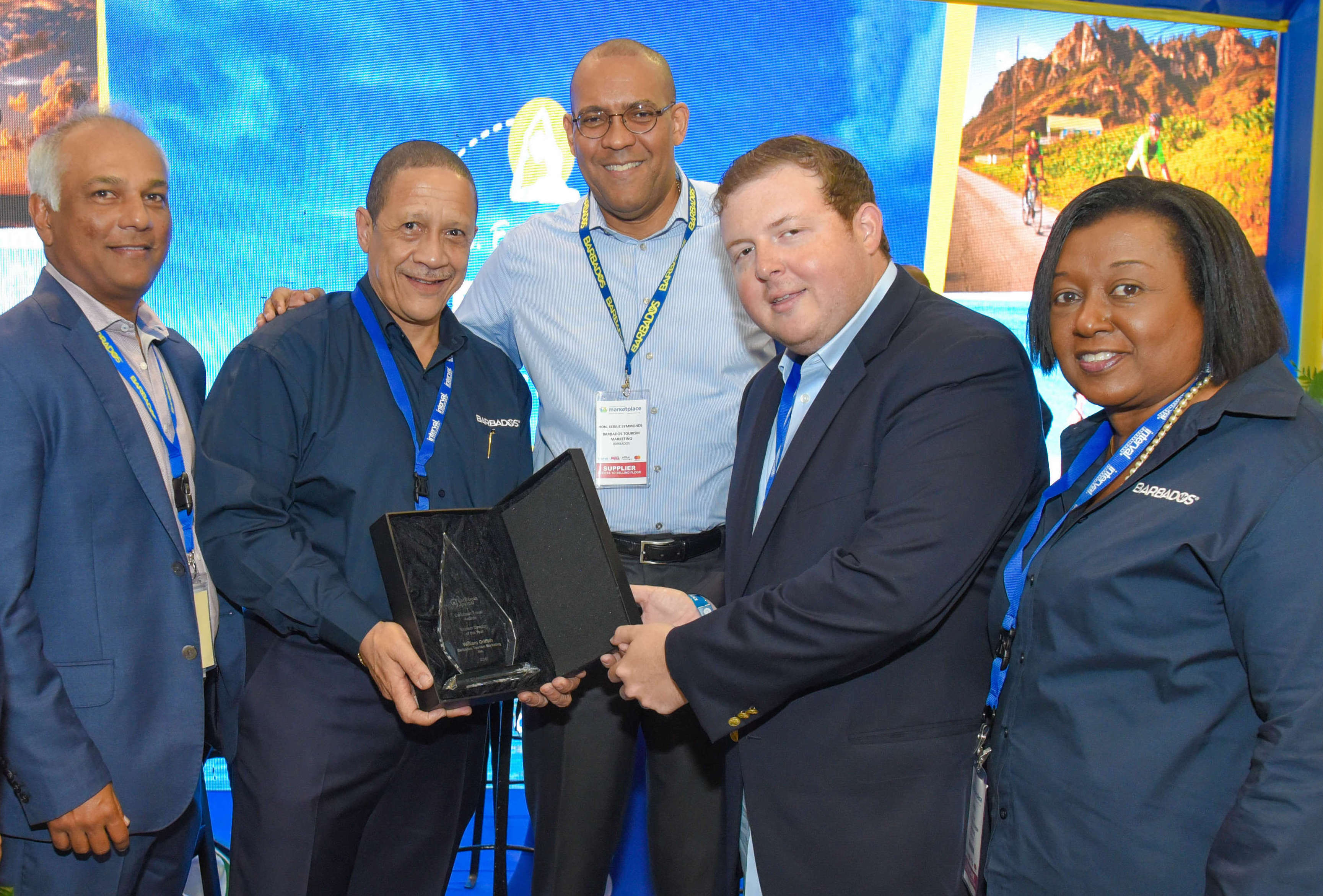 Griffith calls it a day at BTMI

September 2019 marked forty years since Billy Griffith, the now-departing CEO of Barbados’s destination marketing agency got into tourism, an industry that would consume his professional career.

Three years ago he told me he had “enjoyed every minute” of the first 37 years in tourism. I don’t know how much he enjoyed the last three.

But his decision to resign from the BTMI, an agency into which he breathed life and by extension played the key executive role in building the team that would see a tourism comeback after years of decline and stagnation will leave a void.  While none of us are irreplaceable, the arrival of Billy Griffith back in his homeland in 2014 to take up the reins of a new tourism marketing agency has proven fortuitous to the country.

Billy Griffith started his career in tourism as a management trainee at Sandy Lane Hotel in 1979, spending nearly a decade there and rising in the organisation to become food and beverage manager.

Sandy Lane at that time was owned by the British hospitality firm Trust House Forte and Mr. Griffith was offered the chance in 1988 to go to Bermuda to manage another of its properties, the all-inclusive Harmony Club.

Bermuda seemed to be the place for the young manager and he and three other partners eventually bought Harmony Club and he remained at the helm for a while. He also formed a management company called Bermuda Resort Hotels, of which he was the president and CEO, and which ran four other hotels on the island.

Twenty years after arriving on the island to take up the post of Harmony Club manager, Mr. Griffith was in 2008 appointed Bermuda’s director of tourism, his first government job. After his five-year contract ended, he became a consultant with one of Bermuda’s largest hotels groups.

But by that time, Barbados was beckoning, and when he saw the opening at the new Barbados Tourism Marketing Inc. being advertised, he applied for the top job and got it, relocating here at the end of 2014.

In 2016, he told me he did not feel like it was just another job. Coming back home seemed to be some sort of a calling which he says he had felt for some time. He said: “Me being here is not accidental, in a sense, because I’ve long had the inclination to want to make the contribution. I’ve spent two-thirds of my working life outside of Barbados, and I accepted the opportunity with both hands but with a certain degree of honor and respect.”

But “the enormity and the responsibility of trying to drive tourism for success” in his homeland did feel somewhat daunting at the time, he confessed.

It seemed the whole country was looking to tourism to lead Barbados out of its growing economic doldrums, and that expectation made Mr. Griffith and his colleagues totally focussed on turning the industry around, he recalled, not just for the coming few years, but for the long term.

Mr. Griffith said he realized that his strength was in marketing. “I’ve always had that understanding and ability to be a marketer,” he says.

During his tenure, Mr. Griffith oversaw a 30 percent increase in visitor arrivals to Barbados to an all-time record of 682,000 in 2018, as air capacity to the island also grew by 22 percent. Total visitor expenditure also increased by 34 percent during the period to US$1.2 billion in 2018.

New airline partnerships on behalf of the BTMI led to the introduction of new flights to the island including Copa Airlines direct from Panama which began in 2018, and the Lufthansa direct service from Frankfurt, Germany, which commences on Monday, Oct. 28.

Mr. Griffith’s leadership of BTMI also resulted in Barbados receiving several major destination awards during his tenure as well as his personal achievement of being awarded ‘Caribbean Tourism Director of the Year 2019’ by Caribbean Journal in August.

The citation, issued by Alexander Britell, founder of the Caribbean Journal which decides the awards each year, lauded Mr. Griffith’s contribution to the country’s tourism growth.

Said Mr. Britell: “Barbados’ crucial tourism sector has seen remarkable strengthening in recent years… Behind all of these developments has been the steady hand of the forward-thinking Griffith, one of the industry’s true authorities.”

All of that is now receding into the mists of history, as the board of directors of Barbados Tourism Marketing Inc. announced on Oct. 25 that its Billy Griffith had tendered his resignation on Friday, October 25, effective December 31, 2019.

The reason given for Mr. Griffith’s departure with some months left to go on his contract was “to give the organisation an opportunity to recruit a new leader and ensure a smooth transition as his contract comes to an end.”

It may have been that the tide was turning anyway, and that the tourism sector on which we in Barbados depend would have returned anyway under any fairly competent leadership. And maybe not. What we know for certain is that Billy Griffith brought a holistic view to the local industry based on building up a full year of events and experiences for visitors. Former tourism minister Richard Sealy also deserves a lot of credit for the resurgence of the industry.

I don’t know why the new administration would be rocking the boat at this juncture, but for whatever reason, we are losing an outstanding executive and personality who brought a fully-formed vision to Barbados tourism, something that had been missing for years. I think we owe Billy Griffith a huge debt of gratitude. I have said that before, and just because there’s a new government in office doesn’t mean I am going to change my mind.

Billy - we will miss you and the style and class you brought to the leadership of our most vital foreign exchange earning sector.