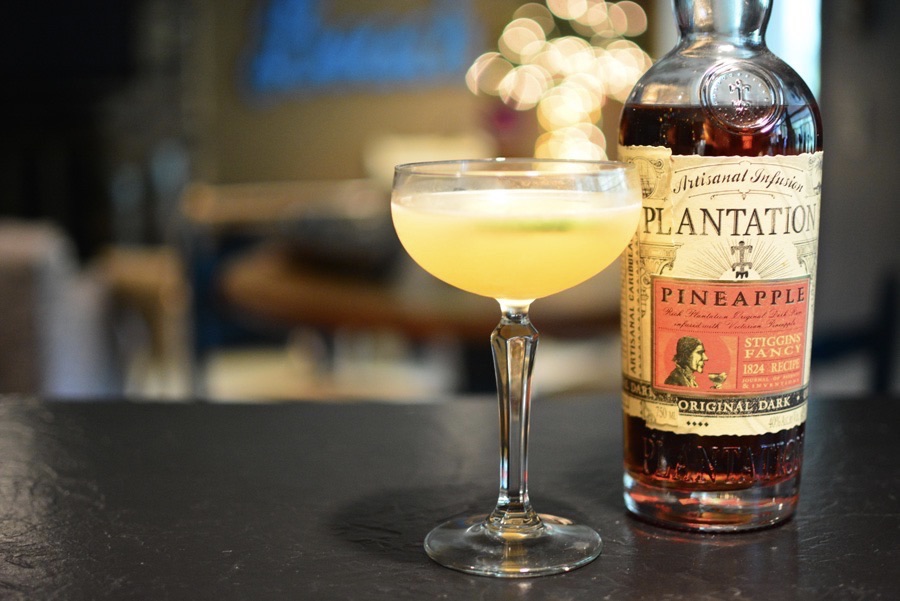 From our archives: For Alexandre Gabriel, rum is an uplifting experience

"I feel that fine spirits is what separates the Man from the beast....No one ever saw a dog or a cow taking the time to enjoy a good Cognac.” -  Alexandre Gabriel, the man behind the purchase of Mount Gay Distilleries Ltd.

JULY 2017 - In a paid advertisement in the Nation of Thursday, April 6, 2017, the buyer of the West Indies Rum Distillery Ltd. said it was only four percent short of owning all of the company’s stock and would move to forcibly acquire the remaining shares, as allowed under the takeover code.In early March, the purchaser of Barbados’ second oldest rum distillery, which is located on Brighton Beach just off the Spring Garden Highway, said it had agreed to buy the 92 percent stake owned by Goddard Enterprises Ltd. and was offering to buy out all of the other shareholders.

With Goddards having just over 2.5 million shares, that left about a quarter of a million in other hands, and in its press statement on Thursday, the purchaser, United Caribbean Rum Ltd., said it had received offers for another 120,000 or so shares, leaving about 100,000, or about four percent of the total, still in other hands, 67 pairs of hands in fact.

The price paid per share was $10.22 and with total shares of around 2.7 million, the new investors will end up paying around $28 million for the distillery. Of course, Goddards would get the lion’s share, about $25.7 million, while the remaining shareholders would split about $2.2 million between after the forced acquisition is completed. But, you may ask, who is behind this new company which has bought the West Indies Rum Distillery?Well, for one thing, it’s a French company, like Remy Contreau, which many years ago bought Mount Gay Distilleries Ltd., the marketing and distribution arm of Barbados’ oldest rum, Mount Gay, and which two years ago, purchased the Mount Gay distillery itself in St. Lucy, and the 330-acre plantation around it, for just under Bds$10 million.

However, while Mount Gay’s ultimate parent, Remy Contreau had revenue last year of a billion euros, according to the press statement, the Brighton distillery’s ultimate parent only had revenues last year of 42 million euros.The Compagnie de Bonbonnet’s main activity is investment funds and similar financial entities, and its president is Alexandre Gabriel, who is the head of Maison Ferrand and who has been described by one writer as “the inspiration spirits entrepreneur behind Maison Ferrand, that brought first gin production and then rum to Cognac.”

Richard Siddle, in an article last June on the website the-buyer.net, said that Mr. Gabriel “has been roaming the islands of the Caribbean since the 1990s looking at traditional and artisan ways to make rum that can also have international appeal for what have become his highly respected and award winning Plantation Rum series."

He continued “By using his Cognac knowledge of ageing in wooden casks he has been able to produce a range of terroir-driven rums true to the land and the cultures they come from be it Barbados, Guyana, Grenada or so on.”Mr. Gabriel recently officially launched his Pineapple Plantation Rum in London.According to Mr. Siddle, over the last 20 years Mr. Gabriel has created his own rum distillery in the heart of Cognac where rum, initially aged in the Caribbean, is brought over to be aged again in Cognac casks in the south west of France.In another article, this one from therumhowlerblog.com, Chris Dykstra explained how Mr. Gabrel became the  president and owner, of the Cognac Ferrand brand.Born in France, on a farm in southern Burgundy,

Mr. Gabriel went to university in Lyon, and then to the U.S. as an exchange student, before returning to Paris to attend business school. According to the writer, “More than 20 years ago, Alexandre came upon an ancient and almost defunct Cognac house. Through his passion and his vision, Alexandre Gabriel turned this small Cognac House into a specialized house of artisan spirits before the term was even coined. He re-built what is known today as Cognac Ferrand, in the heart of the Grande Champagne district of Cognac.”Finally, if, like me, you don’t know much about wine, here is what I found on Wikipedia on the subject of Cognac:“Cognac is a variety of distilled brandy (alcoholic beverage) named after the town of Cognac in France.

It is produced in the wine-growing region surrounding the town from which it takes its name, in the French Departements of Charente and Charente-Maritime. “ It goes on: “For a distilled brandy to bear the name Cognac, its production methods must meet certain requirements. In particular, it must be made from specified grapes…(and) the brandy must be twice distilled in copper pot stills and aged at least two years in French oak barrels from Limousin or Tronçais. Cognac matures in the same way as whiskies and wine when aged in barrels, and most cognacs are aged considerably longer than the minimum legal requirement.”

And after that rather pedestrian definition, maybe we can end on a more lofty note, quoting Mr. Gabriel himself. In an email to the Mr. Dystra of the above-mentioned Rum Howler blog, he offers his philosophy of spirits: “To me fine Cognac, fine Gin, and fine Rum are not for the alcohol, they are for the taste experience, for the emotion. I feel that fine spirits is what separates the Man from the beast. It is our humanity. No one ever saw a dog or a cow taking the time to enjoy a good Cognac. It is like fine art; it is an emotion that you share with others. When I taste a spirit I like, it gives me goose bumps. This is what I try to create for others. You can’t do this with regular booze. For this you need a great Rum, a great Cognac, a great Cocktail, something that is special. This is our reason of being.”And that, my friends, is the word from the CEO of the new owner of the West Indies Rum Distillery in Barbados.

In an exclusive interview with The Broad Street Journal, Alexandre Gabriel - a master blender who has put the Maison Ferrand brand of Cognac on the map over the past two decades, and who recently introduced Plantation Rum, said he was very optimistic about the future of the company.

‍Q: What are your plans for taking West Indies Rum Distillery forward?

A: We made this purchase because we believe in Barbados and in Bajan rum and we believe in the team at West Indies (Rum Distillery Ltd.) - it’s an incredible team. Also, West Indies is a very   venerable distillery - it’s been here for many, many years.

Now to your question, what we want to do with West Indies? Of course we will respect the customers who’ve trusted this distillery all these years.

So the goal is to go more and more into the branded business, and it has to be seamless and done very progressively, and we’re going to do that respecting both the team and the customers.

We’re going to continue doing Plantation Rum with the double aging - Plantation rums are very specific in the way they are produced, the ones that we do from Barbados are distilled here first, and aged in American barrels, like anybody does, and then we bring them to Cognac and we finish them in Cognac barrels. And that’s that double aging - it’s makes very delicious, smooth rum, and we’ve won many medals for this.

Now what we also want to do here is a rum that is distilled and aged here. We have consumers who are very educated and they love to drink great rum, great Cognac and so on, so it’s just adding another chapter to the book.

Q: How does your company fit into the spirits industry, which is dominated by very large conglomerates?

A: We are not a mass producer. We produce Cognac and now we’re producing rum for the lovers of good things. So we are niche producer, there’s no doubt. We’re very focussed on what we do, we are laser sharp. The idea here is not quantity, it’s quality. That’s what my team and I have dedicated our working life to, so that’s what we want to do here, also with West Indies Rum Distillery.We are available actually in 68 countries, we have distribution in 68 countries, so we are present in quite a lot of markets if you look, you know, but we are not necessarily trying to sell to everybody, we trying to sell to anybody who wants to drink a good product, a great rum or a great Cognac. We love the lovers of these things and we want to cater to these people. That’s my job, that’s my life mission.

Q: Do you plan to split your time between Barbados and France?

A: Absolutely I bought a house in Barbados. I told the team that it was a very emotional time when we signed and Goddard (Enterprises Ltd.) handed this distillery to us. So I’m going to be coming at least a week every month.

Q: How would you describe the type of experience you want rum enthusiasts to have when they drink your rums?

A: You know, great rum is like a great dinner. I’m trained as a master blender and a master blender’s job is to make sure that the product is incredible when you drink it. Not by yourself - you get good friends. You get together, open that bottle, share that great moment together. And that’s what we work for - these shared moments of enjoying an incredible rum. So that’s what we are gonna do and there’s a lot of room for creation - remember creation is infinite, you know. •