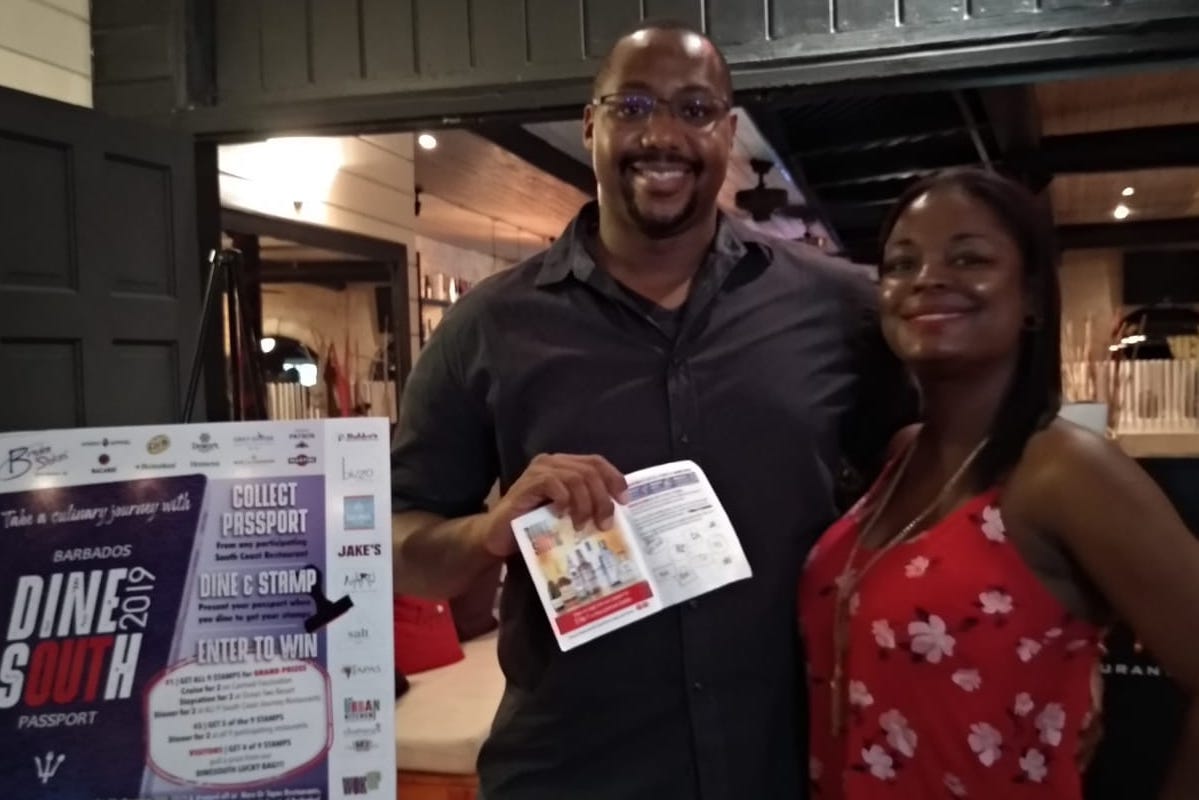 In the first few weeks since its launch in late July, over 9,000 Dine South 2019 Passports have been handed out to diners on the south coast.The promotion was launched on July 29th and runs until November 20, 2019.

Dine South is once again being spearheaded by Lisa Taylor of Naru Restaurant who said she hoped to see the programme continue to grow from year to year. The participating restaurants this year are Bubba’s Sports Bar, Buzo, Castaways, Jake’s, Naru Restaurant, Salt Café, Tapas, Urban Kitchen, Chutney’s, RB’s Rotisserie and Wok Up.

‍Many completed passports from both locals and visitors have already been handed in as the promotion continues to gather momentum.

This year, the promotion has also introduced Happy Hours along the South Coast sponsored by Bryden Stokes Ltd., as well as Dine South Pop Up Parties.

Dine South 2019 is sponsored by Bryden Stokes Ltd., the BTMI, Loop News and Power Broadcasting, which ooperates Y103.3fm and SLAM101.1fm).