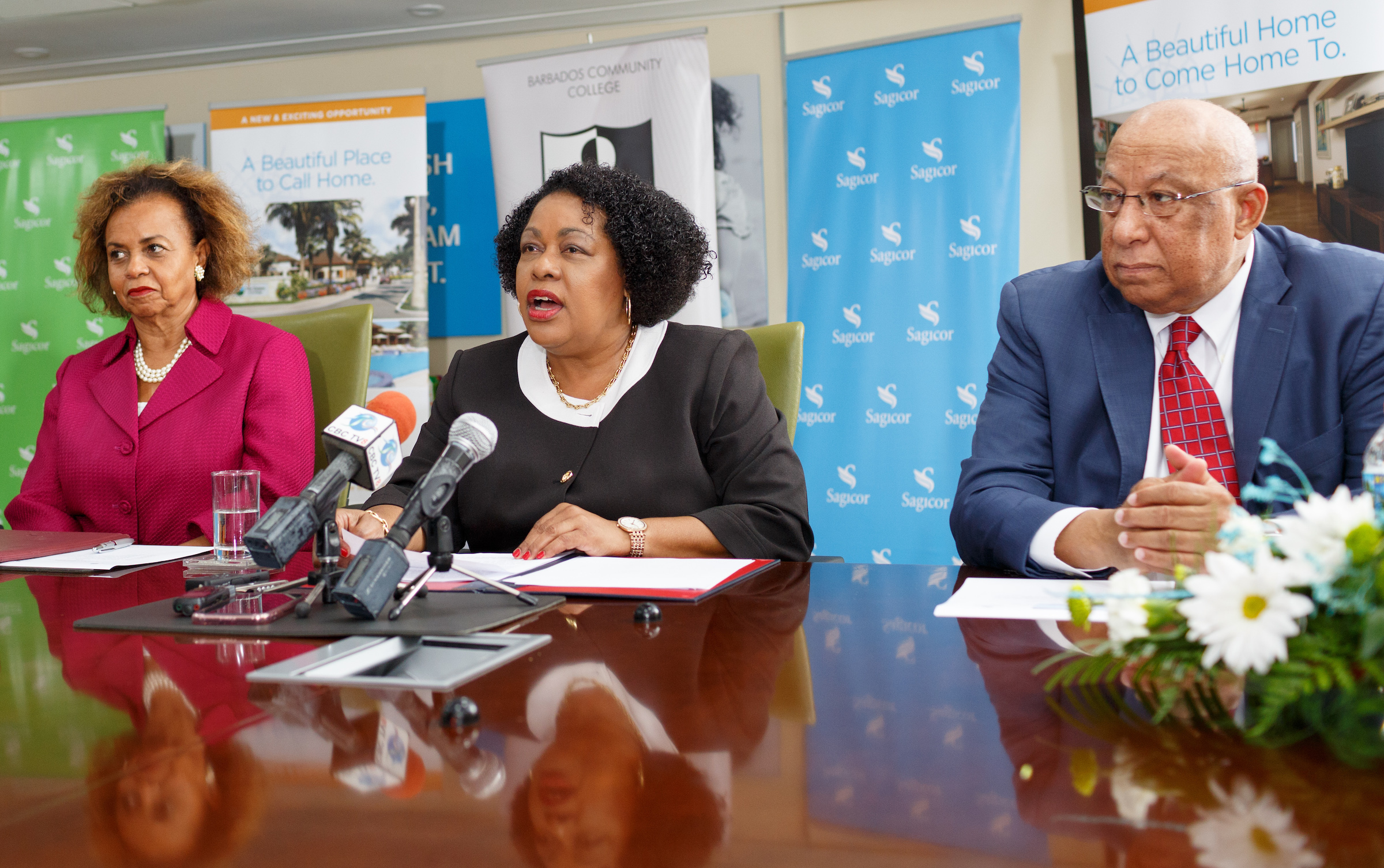 ‍Last December the Jamaica Gleaner disclosed that Alignvest Acquisition II Corporation, the Canadian entity which has just received shareholder approval to acquire Sagicor Financial Corporation, had negotiated initial three-year contracts with the country heads in Barbados, Jamaica and the United States, with an automatic one-year renewal for successive periods.

The Gleaner, quoting market filings by Alignvest, said the base pay of the three executives combined would be US$1.58 million per year. Nearly half of that total, 45 per cent, would be paid to Sagicor Financial's Group President and CEO Dodrige Miller.

The other two executives covered in the filings were Christopher Zacca, who oversees the operation in Jamaica, and Bart Catmull, who is in charge of the US market. The compensation package for Miller includes stock options; and for Mr. Zacca and Mr. Catmull,

cash bonus incentives and other benefits.

To incentivise Mr. Miller to take the pay cut, Alignvest said the group CEO would be entitled to a seven-figure payout, with "a one-time lump sum cash payment equal to US$1.3 million in consideration”.

The Gleaner said the Canadian purchaser was at the time still negotiating the “employment details” for at least two other executives, Chief Operating Officer Ravi Rambarran and Chief Financial Officer Andre Mousseau, but said it expected to finalise their arrangements prior to the completion of the takeover of Sagicor.

According to the company’s director’s report (p.14) for 2018, the compensation package for the three executives outlined above is only part of a total cost of close to US$10 million for Sagicor’s top five executives in 2018. It said, “For the financial year under review, compensation paid in cash to the top 5 members of the Executive Management team of theCompany, amounted in aggregate to US$9,465,009.”

Some of the details of Mr. Miller’s package with “New Sagicor” can be found in a 400-plus page report prepared by Sagicor Financial Corporation this year. In addition to the base salary of US$700,000 per year and the one-time lump sum cash payment of equal to US$1.35 million “in consideration for his agreement to substantially reduce his base pay that is currently in effect,” says the document at page 269, Mr. Miller would this year also be able to earn an annual incentive bonus payable in cash of up to 1.91 times his base salary of US$700,000, or just over US$1.3 million. The report noted that “in later years, different short-term incentive plans may be adopted.”

The report adds that Mr. Miller will also keep his existing equity incentives although they would be converted to New Sagicor Common Shares, It summarized the arrangement by stating that Mr. Miller would have options to acquire almost 1.3 million New Sagicor common shares as well as another 207,000 shares under the same arrangement previously agreed in respect of the old Sagicor shares.

But that’s not all. The Sagicor Financial Corporation CEO will “also be granted a long-term incentive consisting of restricted share units (RSUs) in respect of 675,000 New Sagicor Common Shares. Some of these will be vested if Sagicor meets its return-on-equity targets and if the shares reach share price targets.

On top of that, Mr. Miller will “continue to participate in his existing pension arrangements (taking into account the lump sum cash payments described above pro-rated over three years). The report noted that at the end of 2017, Mr. Miller had accrued nearly 29 years of credited service with Sagicor, resulting in a “present value of the defined benefit obligation” of US$9.3 million. That would entitle him to annual pension of US$850,000 at age 65.

According to the report, at page 270, Mr. Miller would also be entitled to one million New Sagicor shares - valued at around Canadian $10 million) on the Effective Date of the takeover by Alignvest “in consideration of his agreement to very substantially reduce severance entitlement” which was higher than the share grant, and to remove its “single trigger” feature. Besides all that, the Sagicor CEO would of course be entitled to the “customary benefits” of vacation, travel, housing and vehicle allowances as well as group life and health benefits.

Mr. Miller’s employment contract is for an initial three years, with automatic renewal for successive one-year periods, unless either himself of the company provide written notice at least 60 days prior to the renewal date.

Overall, said the report, Mr. Miller’s total compensation was expected to be “substantially less” for 2019 than it was last year.

To summarise, let’s say Mr. Miller, who is currently 58, stays in his post at Sagicor until he is 65. Here is a very rough estimate, assuming he is able to maximise all of his benefits offered in the compensation package.

Dodridge Miller’s Sagicor compensation over the next six years:

Plus: Option to purchase another 1.5 million shares over time at attractive rates, and annual “customary benefits” of vacation, travel, housing and vehicle allowances as well as group life and health benefits. On retirement: Pension of US$850,000 per year.