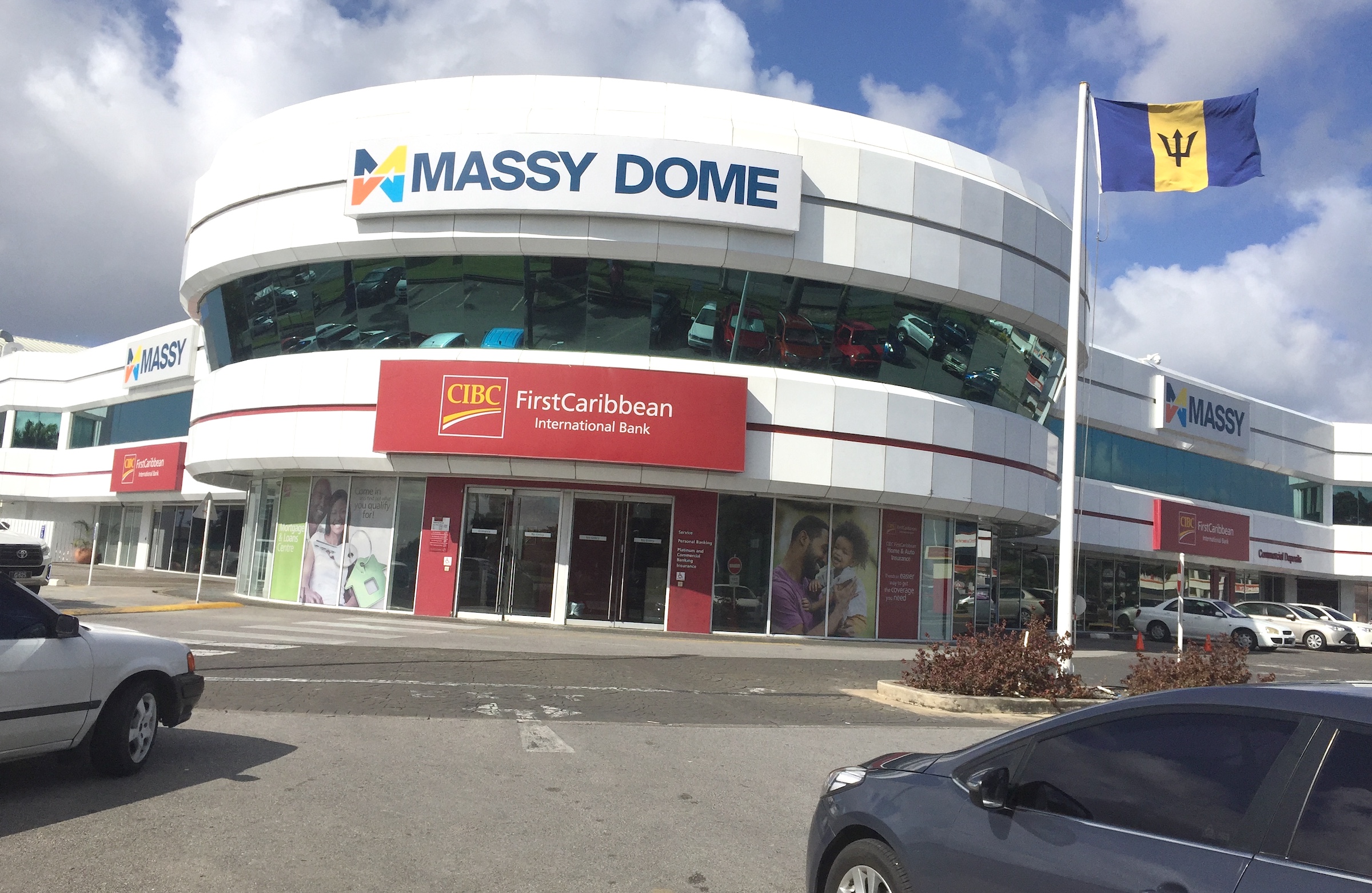 Canadian Imperial Bank of Commerce agreed on Nov. 8 to sell two-thirds of its Caribbean banking business, CIBC FirstCaribbean International Bank, to a company run by Colombian billionaire Jaime Gilinski for US$797 million, reducing its exposure to a company that has lost US$1.6 billion in value since 2006, according to a recent report by Bloomberg news.

CIBC FirstCaribbean has more than 2,700 staff at 57 branches in 16 regional markets, according to CIBC.

Gilinski’s company, GNB Financial Group Ltd. will buy 66.7% - two-thirds - of CIBC FirstCaribbean shares from CIBC, leaving Canada’s fifth-largest lender with about a 25% stake in the Barbados-based bank, according to a statement Friday, Nov. 8. The sale values FirstCaribbean at about US$1.2 billion, compared with US$2.8 billion when CIBC took over most of the business. For CIBC, said Bloomberg, “the sale marks a scale-back in a region it has been banking since 1920, when the Canadian lender first opened branches in Barbados and Jamaica and expanded in the region. CIBC combined the operations with Barclays Plc in 2002 to create FirstCaribbean, and four years later bought the British bank’s 44% stake for US$988.7 million.”

Bloomberg noted that CIBC tried unsuccessfully last year to raise as much as US$240 million by selling a stake in the Barbados bank through a U.S. initial public offering, but scrapped the effort in April due to what it termed “market conditions.” At the time, CIBC was looking to reduce its stake to 73% through the share sale.

FirstCaribbean has had annual profits since 2015, Bloomberg said, but its parent CIBC “had faced woes in the Caribbean during and after the 2008 financial crisis, with a series of profit declines and losses that forced it to take impairment charges in 2014 and reorganize the operations to get it on firmer financial footing.”

The sale, said Bloomberg, gives GNB Financial expanded banking operations in the Caribbean region. GNB is wholly owned by Starmites Corporation, the financial holding company of the Gilinski Group, which has banking operations in Colombia, Peru, Paraguay, Panama, and Cayman Islands with approximately US$15 billion in combined assets.

“I have been impressed by the strength and stability of FirstCaribbean and am excited about its prospects for the future,” Gilinski, chairman of GNB Financial Group, said in the statement.

Taking the overview, Financial Post columnist Geoff Zochodne writes that “Some of Canada’s biggest banks have a long history of doing business across the Caribbean, but lately, they have been pulling up stakes in search of scale and a sharper focus, and a “case in point” was the Canadian Bank of Commerce, which began operating in the Caribbean in 1920.

He said “the consideration to be paid is made up of about US$200 million in cash and the remainder in secured financing provided by CIBC itself.”

He also noted that The Bank of Nova Scotia announced recently it had closed the sale of banking operations in seven Caribbean markets, “although it had to hang on to its operations in Antigua and Guyana after opposition from regulators and politicians.”

Scotiabank also announced in June that it was selling its operations in Puerto Rico after doing business on the island since 1910. The other Canadian bank with an outsized Caribbean presence, Royal Bank of Canada, sold businesses in Jamaica in 2014 and in Suriname in 2015.