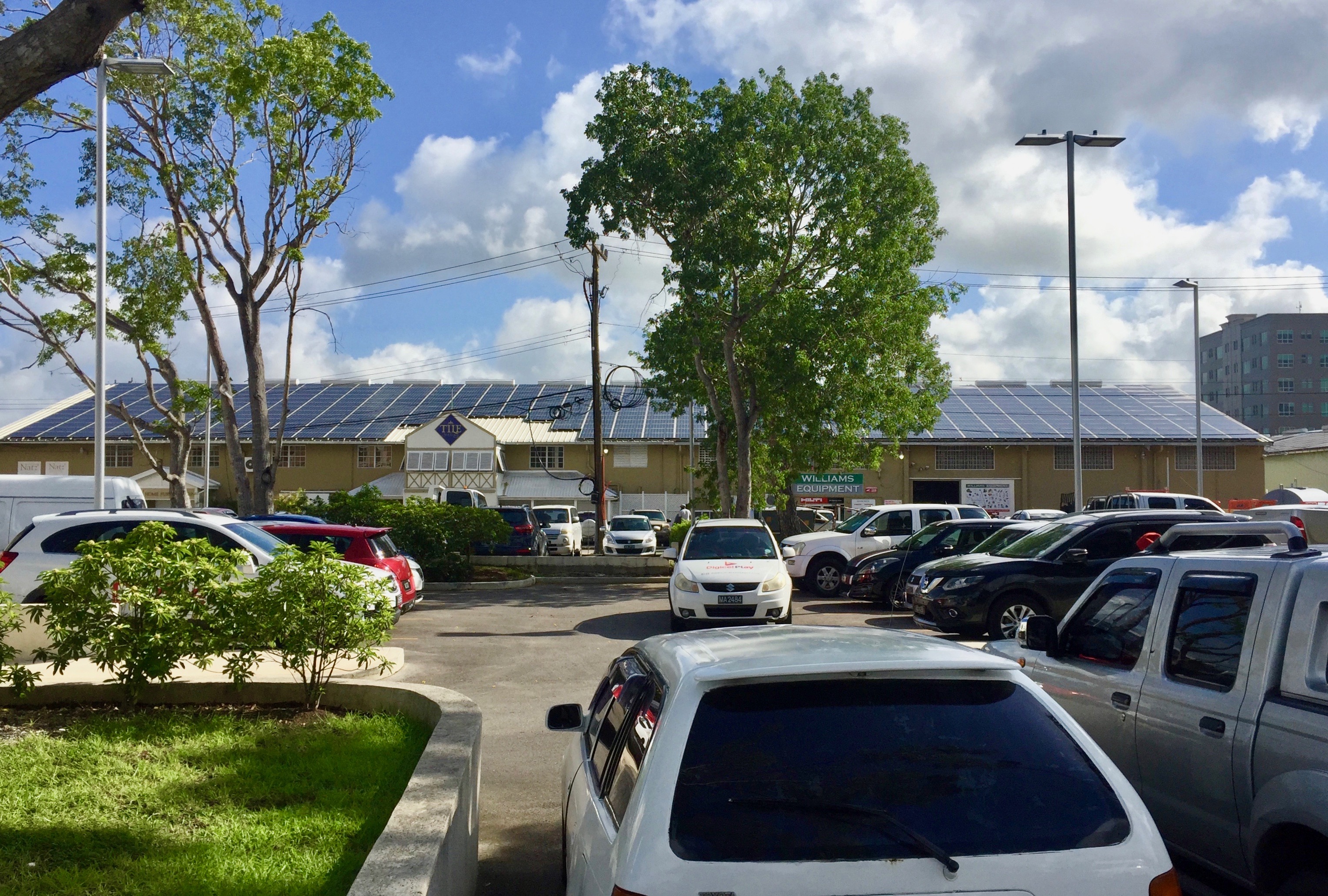 Case of the recurring column

You have to admit that the Mottley administration is very good at enforcing message discipline. Despite having more ministers than you might have ever dreamed possible, there is no “Donville Inniss” in the administration running around saying the exact opposite of what the Government is actually doing.

So even though there is a hole in the government’s ozone layer policy that you could drive, well, a diesel truck through, it’s never mentioned.

Thus the Mottley administration is open to the charge of being hypocritical on the issue of climate change, because it likes to claim it is doing so much on some fronts while doing zero on perhaps the biggest issue it faces.

Last week, the government, through its Minister of Energy Wilfred Abrahams, reiterated the lofty goal of Barbados being 100 percent renewable energy-efficient by 2030, just eleven years from now.

So the administration has taken a tough stand banning plastic bags and styrofoam containers from the retail delivery of groceries and food, and it has embarked on changing out close to 30,000 streetlights of the old inefficient sodium vapour kind to more energy-efficient LED lighting under the Public Sector Smart Energy Programme.

But when it comes to swapping out fossil-fuel burning and carbon-polluting vehicle engines for more efficient, and far less climate-hurting electric or at least hybrid vehicles, the government remains in self-imposed darkness.

And while the ministers run around patting themselves on the back for their do-gooding in terms of food containers and streetlights, they maintain strict message discipline on the burning issue of encouraging no alternative to fossil fuels in our engines.

We currently have at least, I would guess, 120,000 fossil fuel engines on our highways and about three- or four hundred EVs.

Out in the great big world the major vehicle companies are pressing ahead with the launching of ever-improving electric or hybrid tech and some major companies say their are actually getting out of diesel technology altogether in the next few years.

But as Barbados races toward its "100% renewable energy future”, it continues to spew fossil pollution into the atmosphere, and we are surely becoming the laughing stock of serious policy makers. 100% renewable energy means no fossil fuels being burned in our fair land.

How does the government propose to achieve this while announcing no policies at all to increase the number of EVs on the island?

Are we just going to do this overnight once enough revenue has been generated from the Fuel Tax? Why isn’t the government bringing the same enthusiasm to this vital aspect of policy as they do about putting photovoltaic systems on the roofs of their buildings in order to use less electricity?

My point is this: It is not only a question of giving some incentives to people to buy these vehicles, since they are taking some risk or at least inconvenience - as the “early bird” adopters - of a technology and related vehicle service culture that needs to be built out through training and the installing of recharging stations all over the island. Initiatives also need to be put in place to help consumers get over the hump of having to change the expensive battery after several years, by developing a secondary or re-sale market for the used vehicle batteries.

But as the world’s major car makers turn toward mass production of EVs these stimuli will not be necessary as the market will start to do most of these things through competition.

Until that happy time, all I can do is write this recurring column, which like the decimal, keeps going on and on ad infinitum.