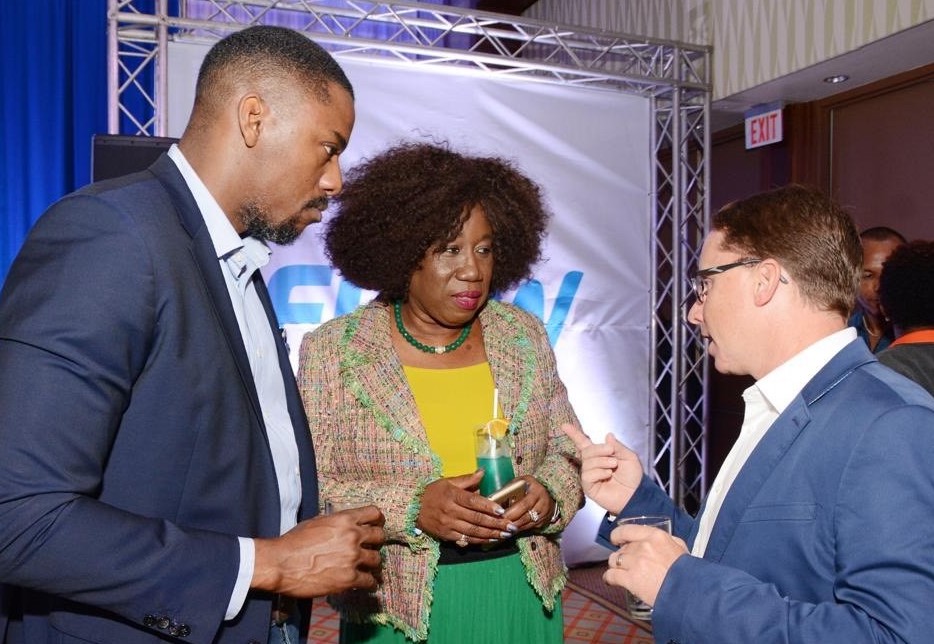 A good column, nobody once wrote, is maybe more about the writer than the subject. We who make a living by covering or re-writing news train ourselves in exactly the opposite direction: We try to remove any vestiges of our own personality from the news in order to give readers the facts. But with a column, it’s the other way round. Opinions are the order the day.

So when an event and an announced new policy virtually beg for the opinions to start flying, you have to decide which way you want to go. Today, I will try to give praise where it is due and “always look on the bright side of life.”

Any company offering more for less in these parts is to be praised, so let us praise Cable & Wireless/Flow for announcing less costly bundles with apparently more bandwidth and data.

Did you know, dear friends, that recently, after I suddenly found myself with extra Flow charges of between $50 and $100 per month added to my little two-phone package, I had to go to Flow to ask why, only to be told that I was exceeding my data allowance and therefore must pay?

That, I expect, will now be in the past. Some very nice Flow-er will undoubtedly call me up to ask if I have noticed a recent pattern of paying them too much and advising how to get back onto budget.

I say this because last Thursday evening, as the sun was setting over Carlisle Bay, we in the conference room at the Hilton were being told that Flow had seen the light. In fact, the sun was indeed rising on a whole new Flow policy, one of whose pillars would be to put customers first. I know this may be hard to adjust to, but it really happened.

According to CEO Jenson Sylvester, C&W wants to rebuild our trust. Recent research, he said, had laid bare an important point, which was that “between the telecom industry and our customer base there isn’t a lot of trust at the moment. And we know that we haven’t always been trustworthy.”

Mr. Sylvester got pretty evangelical about the whole thing, saying the company had spent “immersive time” with its customers to understand how they were using its services.

The knowledge gained from talking to customers in their homes had led to the company’s new more-for-less bundling of its products and services.

There were four “pillars” holding up Flow’s new approach. The first pillar was “simplicity”: Cable & Wireless was moving to two “key bundles” or “value propositions,” titled “Onward” and “Upward.” At least they have not been called “Forward Ever” and “Backward Never.”

The second pillar was “Future-Proof,” he said, translating it as giving their customers the speed and bandwidth they would need not just for right now but for the future. In telecom-speak, he said, “We’re future-proofing our value propositions.”

The third pillar was dubbed “Customers First,” which in practical translation meant “wi-fi throughout your house”; “content that is fit for the entire family” including “binge-worthy content”; a landline (really?); and more time and data at lower costs.

“Onward” and “Upward” are therefore packed with international minutes as well as all that binge-ing and wi-fi-ing everywhere in the house.

Finally, Mr. Sylvester arrived at the fourth pillar, which he said would be the “game changer” for the telecoms industry here in Barbados. It was titled “Transparency,” as in “no gimmicks, no smoke and no mirrors,” and - drum roll - “no contracts.” Customers would now be able to enjoy C&W’s services because they wanted to, not because they were contractually-bound to do so.

I have been probably too sarcastic, so let me accentuate some of the positives.

I grew up in a country where Cable & Wireless - and the electricity company - would spend endless hours at hearings into why they should get more for the same amount of service or product. A grateful colony, then young nation, desperate for the bare necessities for growth, guaranteed profits which were worked out on a cost-plus basis.

So it was a straight fight over what costs should allowed. Never if or why we should have competition or why the customer should not be put first and the company in question second. This system made those companies rich and kept their customers poor.

The switchover to placing the consumer at the top of the totem pole has more to do with international forces at work, and our rising consumer consciousness. But that is a multi-pronged discussion and I won’t let it take the shine off C&W this week.

This company says it wants to be a player in the new dispensation. As a customer of theirs I welcome that, and if it is indeed a change of heart, as Mr. Sylvester intimated, then I applaud their courage and conviction to do better. We can all do better.

And I say this in hopes of a positive outcome: If the company that has treated us so high-handedly for so long is really trying to change its ways now that it has shed the vestiges of colonial culture, then I wish it well.

The theme of Cable & Wireless that night was something about sharing moments. The Three Degrees, unfortunately, were not present in song, but I hope the company remembers the “precious moments” we shared that evening on Carlisle Bay as it pointed to a new way forward.

Posted
May 5, 2019
in
Commentary & Analysis
category