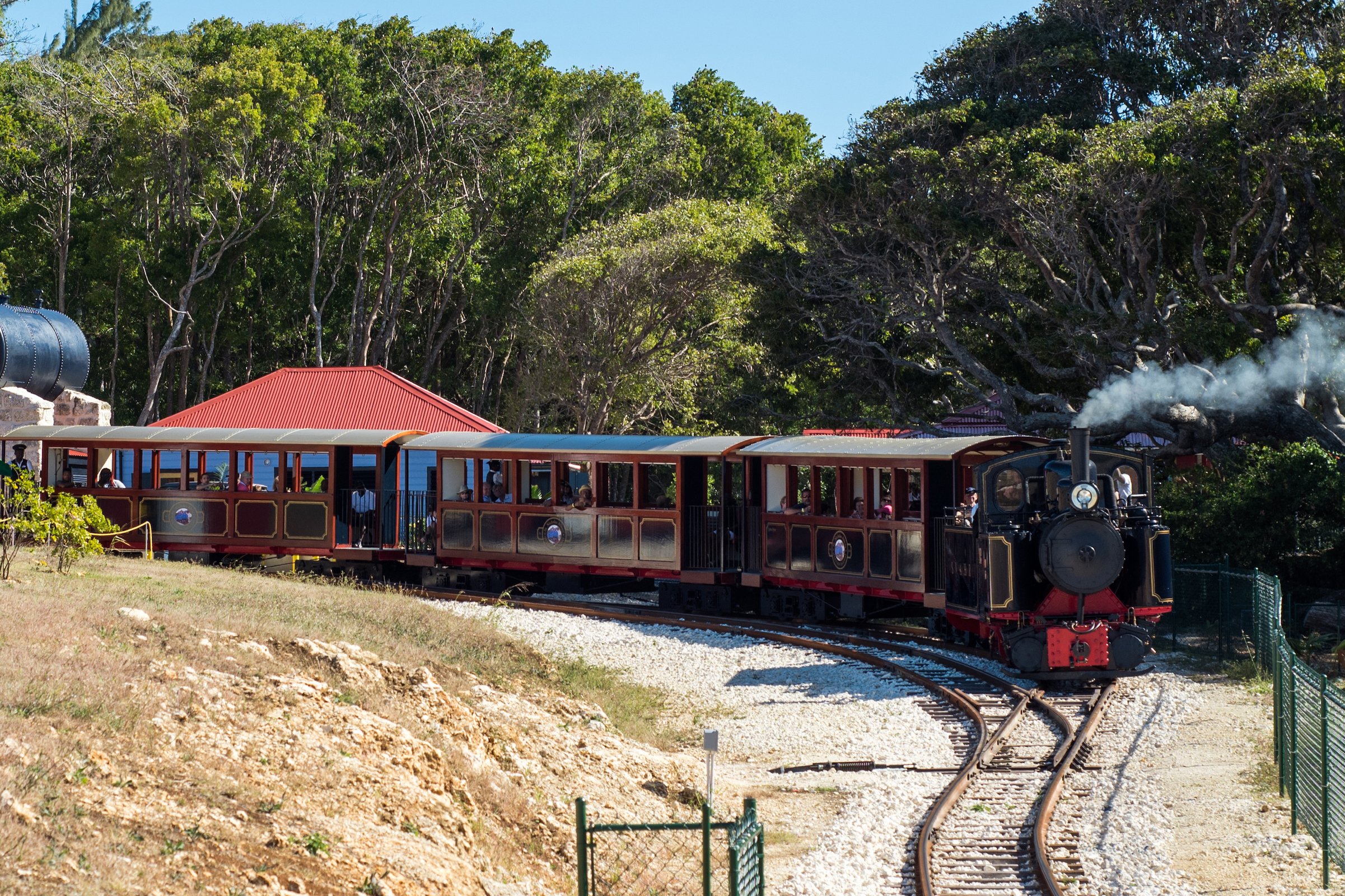 A steam locomotive journey through the plantation fields and mahogany woods takes you to a ridge on the estate, providing an expansive highland view of the east coast of the island from Cherry Tree Hill.

The original idea - which came from a visitor - was to have a railway from The Abbey (the great house) to Cherry Tree Hill via the beautiful mahogany avenue. However, in January 2017 when the planning of the railway began, it quickly becames apparent that the gradient was too steep, as it was found to be a 22-metre change in elevation.

This turned out to be a blessing for passengers, because the railway has to meander its way to the top of the hill and in so doing create a real journey through the fields and wooded areas, and an old disused quarry, on its way up to Cherry Tree Hill. This longer journey projected the visitor experience - which until the launch of the train ride - only existed within the plantation yard, to show areas of the plantation that remained hidden and overgrown.

On the return journey the entire north of the island overlooking the great house can be seen.

Barbados closed its railway system in 1937, over 80 years ago, but it remains in the public mind through stories passed down the generations.

It was also decided to purchase a steam engine in homage to the trains of times past.

By August 2017, with the help of Tony Martin of Cromar White the owners of St. Nicholas Abbey found a locomotive that had the muscle and adhesion to do the job.

According to Anna Warren, “And so began our relationship with Statfold Barn Railway & Engineering, which had saved the locomotive from a sugar plantation in Java in 2009.”

It was called Tjepper No. 5 and had been built in 1914 by Arnold Jung Lokomotivfabrik in Germany. She adds, it is “a powerful articulated locomotive (to manoeuvre tight radii) of the ‘mallet’ design, having four steam cylinders driving eight wheels.”

By October 2017, the final plans and specifications where in hand, investors were sought through a prospectus and the locomotive was on order with a scheduled 12-month restoration period. Also ordered where three carriages capable of carrying 32 passengers each, along with two diesel locomotives to help with the construction of the railway.

Earth works began in February 2018 and - helped by a very dry ‘wet’ season - the project was completed in December 2018.

The SNAHR is now fully operational and you can book tickets online at snahr.com/tickets.•