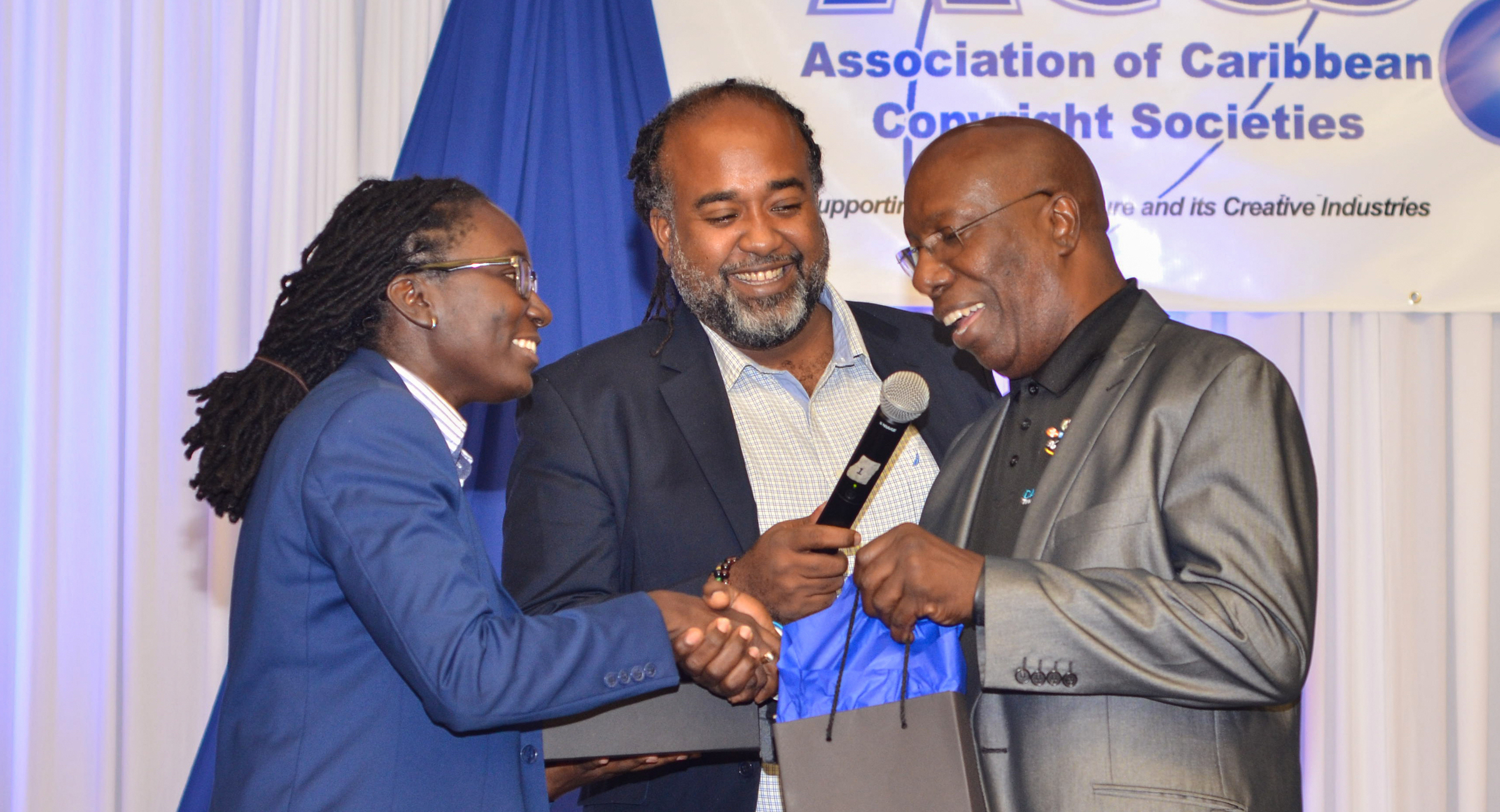 The president of the Association of Caribbean Copyright Societies, John Arnold, says that while the revenue for broadcast (including revenue from cable operators) for most copyright organisations around the world is at least 50%, in the Caribbean region it is less than 20%.

Mr. Arnold made the disclosure at the Association of Caribbean Copyright Societies (ACCS) inaugural symposium, which was held at the Hyatt Regency Hotel in Port of Spain in late August.

The event was organised in collaboration with the Arthur Lok Jack Global School of Business and the Caribbean Export Development Agency, attracted representatives from the World Intellectual Property Organisation (WIPO), the International Confederation of Societies of Authors and Composers (CISAC) and the International Federation of the Phonographic Industry. Also, in attendance were members of international copyright organisations, the legal fraternity and business community.

Mr. Arnold outlined what he said was “the reality” of the market for both local and regional copyright owners and the organisations acting on their behalf, noting that they “continue to face challenges with high levels of resistance to copyright licensing, including from regional governments and major music users, including cable operators.”

And when copyright owners turn to the legal system to enforce their rights, they are forced to deal with what he called “lengthy, expensive procedures.”  These factors reduced the amount of money in royalties that the organisations can distribute to their members, which in turn affects the way they are perceived, he said.

Former President of the Caribbean Court of Justice Sir Dennis Byron, who delivered the keynote address, noted that despite he termed “its immense contribution” to the economies of various countries, the creative sector still does not have any significant impact on the creation of policy, and this was hurting the livelihoods of many entrepreneurs ands artists who had devoted their careers to creating intellectual property.

Some business cases were presented to illustrate how regional businesses are able to use IP to create a commercial advantage. Melissa Clarke, commercial counsel & legal manager with Angostura Ltd., provided practical examples of Angostura’s system of handling their intellectual property and advised those present that even the most minor violation or infringement should be taken seriously and acted upon quickly. She advised the audience to “treat each infringement like it’s a threat to your company’s bottom line, because in fact it is.”